A beginner’s overview of HTML and CSS

What are HTML and CSS?

HTML stands for HyperText Markup Language. We will be using HTML in your Dubsado forms to add additional elements that aren’t a part of Dubsado’s core form features.

If this all seems like way too much and you’d rather just create pretty forms without all the coding hassle. Checkout out code snippets & templates, no coding knowledge needed. Just copy & paste!

CSS stands for Cascading Style Sheets. CSS is the code that’s used to describe how to style HTML elements on websites, forms and more!

Absolutely everything you find on your Dubsado forms will be made up with HTML code behind the scenes, this means we’ll be able to style absolutely anything with a little CSS.  Now you may be slightly intimidated by the idea of coding.  But don’t fret, I’ll walk you through the whole thing!

This post will only teach you the basics. If you are interested in learning more about HTML and CSS I recommend Codeacademy and W3 Schools.

The Anatomy of HTML

Even though you don’t need to know all the details of code or become a coding expert to customise your Dubsado forms, it is useful to understand the basic terminology and l believe you should always use coding best practices.

In HTML code everything that goes between the little arrow symbols (< >) is known as a tag. Tags almost always come in pairs, with some information in between them.

The main tags that you’ll use in your Dubsado forms are:

Quick Tip: For SEO purposes you should only use H1 once on a page. All other headings can be used multiple times, but should always be in sequential order. H2 tags should come after H1 tags, H3 should always come after H2 tags and so on. Whilst this is less important for your Dubsado forms, it’s good to get into the habit!

We’ll use some of these tags later on when we create our own elements.

The code below will create a Heading element, with the class ‘sample-class’ and the ID ‘sample-id’.

You can name your classes and IDs anything you like. I try to keep them consistent, using lowercase words and hyphens. You can do what you like, but make sure you only use letters, numbers, hyphens (-) or underscores (_). There are also some rules such as you can’t start with a number. Case is also important, so Sample-class is different to sample-class.

A simple way to understand the difference between a class and an ID is to imagine a classroom.

All of the individuals in the classroom are a member of the same class but they each have their own individual name as well, this is their ID.

When you use classes you are able to style multiple elements all at once, whereas when you use an ID, you are only targeting that specific individual element.

Each ID should be unique which means that you should only use an ID for a single element in your code. However, you can give multiple elements the same class.

Whilst this won’t actually affect your code, in order to keep your code neat and provide structure it’s standard to use indentation to space out your content and increase readability. You would usually indent the code that is between the start and end tags, but for shorter lines of code you may choose to place them all on one line.

In the above example, the code inside the div tags is indented, but the heading codes are kept all on one line as they are short enough.

The final thing to know about HTML is the use of comments. You can add comments which will be ignored by your machine, but will help you stay organized and remember what on earth the code actually means.

As shown below, in HTML comments are always enclosed in a set of symbols.

It’s important to be as descriptive as you can, particularly when you’re new to coding, as it will help you refresh your memory when you’ve been away from the code.

The Anatomy of CSS

Global CSS is the CSS we add in our <style></style> tags. It can target everything on the page.

Inline CSS is when the style attribute is applied directly to a single HTML element.

To add CSS to your Dubsado forms, you’ll need to add <style></style> tags into a code block.

Every single part of CSS that you write needs to fit between two style tags.

The selector is the element that you’d like to style. Your selector may be an element type, an ID, a class or an attribute.

The declaration is instructions about how to style each attribute, for example font-size, color, and more. A CSS declaration is broken into a property and a value.

This will give all p elements red text.

Alternatively, we can style with a class selector. To tell your CSS code that you are using a class selector rather than an element type you simply put a full stop in front of the class name.

This will give ALL elements that have the class ‘example-class’ red text.

Finally, we can style with ID selectors. To tell your CSS code that you are using a ID selector you simply put a hashtag in front of the ID name.

This will give the element that has the ID ‘example-id’ red text.

Finally, we may like to combine these CSS codes.

This will give any paragraph elements that are a member of ‘example-class’ red text.

This will give both paragraph elements and heading 1 elements red text.

You may also want to make multiple declarations at once.

This will give both paragraph elements and heading 1 elements bold red text.

If you’d like to know more CSS declarations which will come in handy – check out this post!

The final thing to know about CSS is the use of comments. Similar to HTML, you can add comments to help organise your code. Unfortunately, they have a slightly different format.

You must start with a forward slash and a star, and then end with a star followed by a forward slash. However, the inside is pretty flexible- just remember to be descriptive! This will help you when you want to refer back to your codes later on. Any code you download from us will have plenty of comments to help you understand exactly what is going on!

And that’s the basics of HTML and CSS within Dubsado! If you’ve found it interesting and want to learn more I recommend checking out our free course Beautiful Dubsado Forms. And if you’d rather not bother with the coding check out our simple copy & paste templates instead! No coding knowledge needed!

ARE YOU AFTER MORE CSS HACKS?
Our free course is perfect to help you take your forms to the next level!
SIGN ME UP!
WANT READY TO GO FORM TEMPLATES?
Our templates will do the hard work for you. Simply copy & paste!
YES PLEASE! 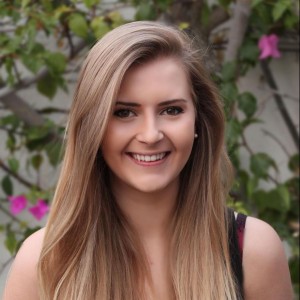 WOULD YOU LIKE 20% OFF YOUR DUBSADO ACCOUNT?
You'll also receive $25 to spend on our Code Snippets, Templates and more!
USE CODE: formsandflows

CHECK OUT OUR DUBSADO FORM TEMPLATES! Jump start your form design with our beautiful templates. No coding experience necessary!

Dubsado’s default package select button isn’t exactly the most exciting. They’ll do the job, but when you’ve spent hours creating beautiful forms you want every

How to add CSS code to your Dubsado Forms

It’s really easy to add code to Dubsado forms. You simply have to drag a code block onto the form. If you’re wondering why you

Buttons need to be exciting. They need to make your potential client want to click. By default the Dubsado submit button is a little boring.

When we start adding code to our forms, it usually means that if someone downloads your form as a PDF or goes to print it